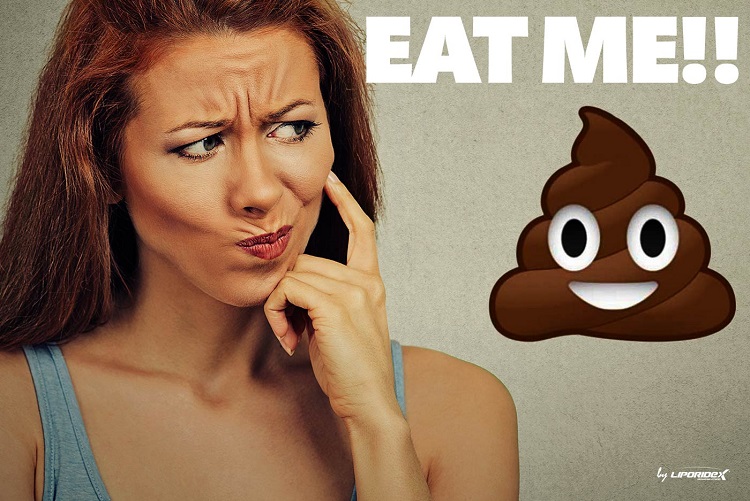 Swallowing freeze-dried poop could become the next big weight-loss trend. Would you eat someone else’s poop to lose weight?

When going on a c diff diet does not work to cure the infection, the practice of fecal transplants to treat c.difficile colitis is an established medical procedure. However, it seems that someone got wind of that concept and made a discovery that the bacterial makeup of individuals is different between obese and lean individuals. Is it a random association or is there some causality there?

Well it looks like a team at Mass General hospital (House of God anyone?) wants to study it closer.

We all know that America has an obesity problem. According to the Centers for Disease Control and Prevention, more than one-third of all adult Americans are obese. Too lazy to exercise? Can’t stop eating ice cream by the pint? Eat some poop!

Most of us probably experience rapid tension in our glute muscles when we hear the term, “fecal transplant,” which is basically a poop enema. This method has been used successfully to treat other health issues such as intestinal inflammation known as C. difficile colitis in cases where going on a c diff diet is not enough, but this upcoming trial is different. It will involve orally taking freeze-dried poop that’s been popped in a pill.

What Can Be Expected from this New “C Diff Diet” of Actually Ingesting Poop?

Could an exchange of poop from a skinny person help an obese individual lose weight? Dr. Elaine Yu, an assistant professor and clinical researcher at Massachusetts General Hospital, hopes so. There has been growing evidence that thinner people have more diverse bacteria in their gut than obese people, suggesting the possibility that these bacteria can have an influence on your weight.

In a clinical trial, Dr. Yu will give 20 obese patients pills filled with the fecal matter from healthy-weight individuals in order to see how their microbiomes change. “We have no idea what the result will be,” Yu says, “But if all goes as planned, the fecal transplants will change not only the patients weights, but also their lean and fat body mass as well as insulin sensitivity —a major contributor to obesity.”

I know what you are thinking…where do I sign up!? Now, hold on a second– Enrollment is not yet open for the study, whether you want to give poop or receive it.

BTW–please be sure to tell us if you get in! We want to know everything!